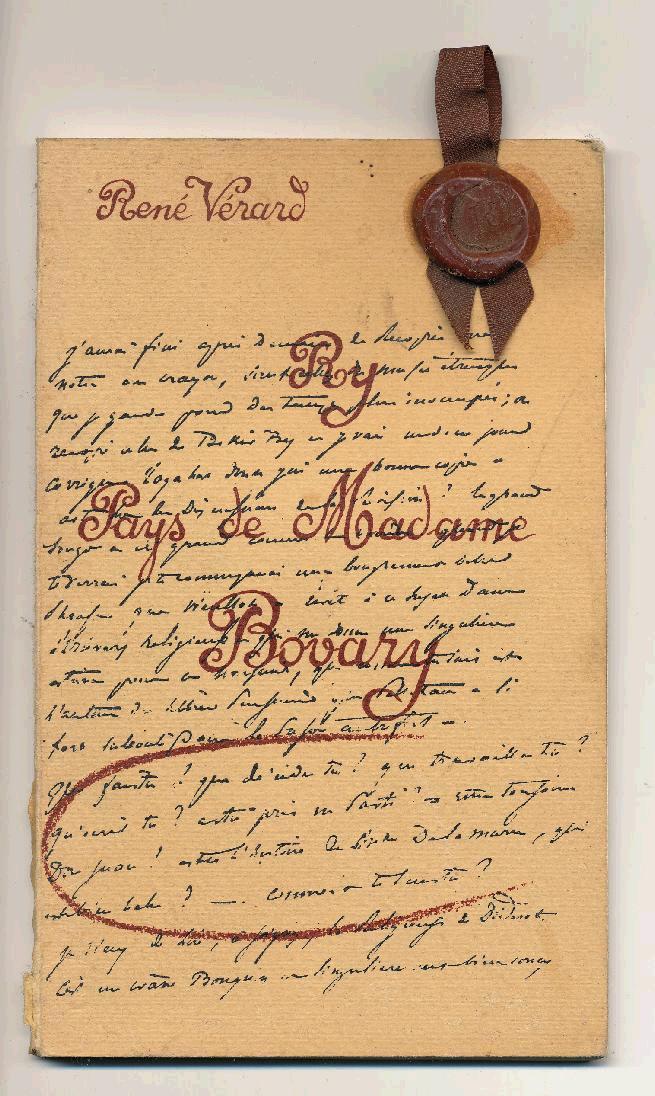 Already at the turn of the 20th century, the fact was broadly known that Flaubert for his novel had used characters having really lived, a news item having really happened in the village of Ry.

Pictures had been taken, postcards published : the old nurse, the conductor of the diligence, the various places described by Flaubert...

But, as it often arrives in such circumstances, commercial interest had been born, new appetites had appeared, and some villages of the area thought for themselves: "why not us?" From there on, a sort of polemic on the subject of: "but who was Mme Bovary?"

At the climax of this battle, a journalist, René Vérard, wrote a booklet that was in fact a passionate pleading, this is true, but also perfectly supported by quantity of official documents of multiple origins, proving the truth in an irrefutable way.

In fact, and in this very  similar to Leonardo da Vinci who, facing an opened corpse, drew each joint, each vein, each tendon, in such a way as to be able then to reconstruct the mechanism permitting life to animate this body, in the same way, Flaubert had put in front of him a village, and in particular some of the people living in it, and with an extreme meticulousness had depicted each character trait, each action, in such a way as being able then to explain the evolution of the drama towards an inescapable outcome.

This booklet: "Ry, pays de Mme Bovary", by René Vérard, was published in 1980 by the Galerie Bovary (it is only sold in the Galerie), and of course, all the documents from which it takes it support are exposed in the Galerie as fac-simile.